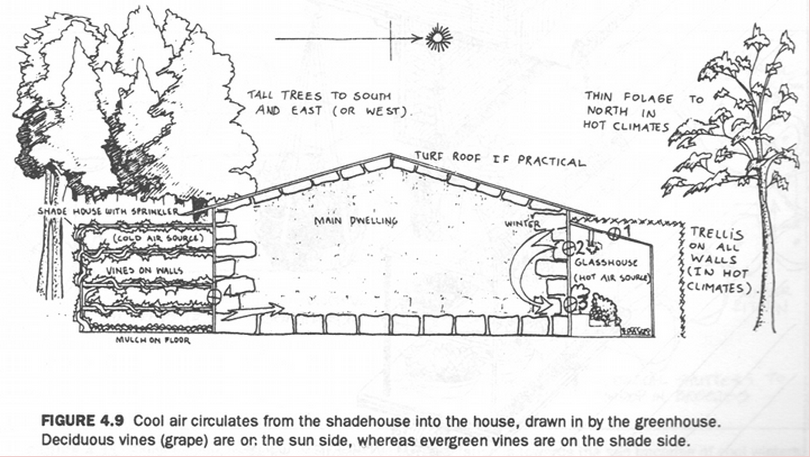 In my permaculture classes, I usually touch on the basics of passive solar house design, and I use the elegantly simple example given in Bill Mollison's Introduction to Permaculture (pictured at left -- note that this is a southern hemisphere design, so the sun is north).  This is a great design for parts of the world where flat ground is easy to find, so I've never had a student question it; however many people live in sloping country, and in fact Mollison recommends siting a house on the steepest part of a hillside (the keypoint) even though he provides no hints as to how to adapt the design for that topography and the resulting necessity of redirecting water from uphill away from the house.  With the notable exception of earthships designed for arid climates, there is a dramatic shortage of passive-solar designs for sloping land on the Internet.  (There may a book about it that I haven't read.)

Meanwhile, permaculture personality Paul Wheaton has been advocating in his blogs and podcasts a house design he calls a "wofati," based primarily on an earth-integrated design by Mike Oehler (pictured at right -- sun is south).  The main advantage of earth-integrated buildings (including earthships) over other types of "green" or natural buildings is that they can be built almost entirely from local resources carved out of the hillside and so at very low cost.  In contrast, Mollison's above-ground design requires building materials to be brought in for framing, thermal mass, and insulation.  Oehler's design also neatly solves the water problem through the slope of its roof -- read more about the water problem in Wheaton's wofati eco building article.

However, with my experience doing home energy audits as well as studying permaculture designs and natural building over the years, I find I have a number of objections to Oehler's design -- or at least with the one shown at right.  Namely:

In addition to these objections, I find several of Wheaton's changes to the design in his proposed wofati (side view at left) to not be improvements.  Namely:

Here is my modest attempt at a combined design.  Disclaimer: I am not an architect, nor a builder.  But neither is Paul Wheaton, as far as I am aware.  I am a certified home energy auditor, for what that's worth, and I've built half a dozen homes with Habitat for Humanity, but nothing like this! 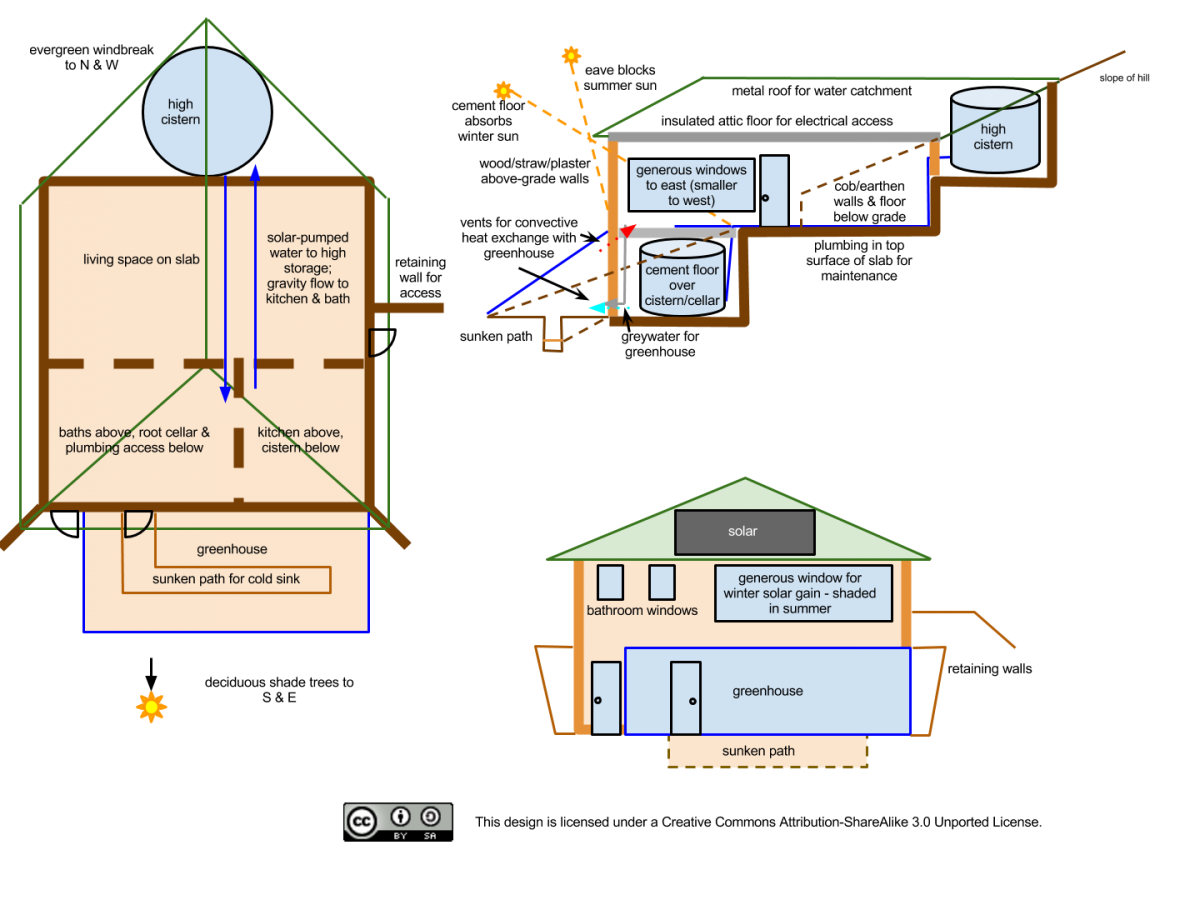 Points to note about this design:

I'm sure there's still plenty of room for improvement in this design -- I'd love to hear your feedback.  Thanks for reading!

This design is licensed under a Creative Commons Attribution-ShareAlike 3.0 Unported License.