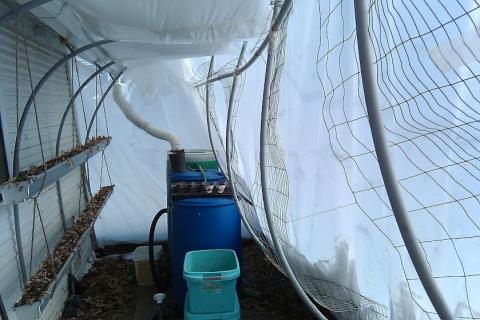 The second year (2010-11) the frame was much better constructed to withstand the wind, but we got a heavy load of snow that weighed the plastic down to the ground!  Most of the photos in the album linked below show the steps involved in putting plastic on that year, since I worked out a method to do it unassisted. 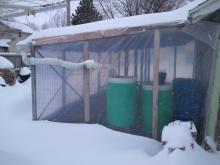